This month’s blog post is about the benefits of the exchange of knowledge in historical research and history writing – which will be illustrated through the case of Prince of Otto of Denmark, Duke of Estonia. It so happened, that when Mihkel came to visit me in Copenhagen in October 2019, we started talking about various subject and one of them was Prince Otto of Denmark. 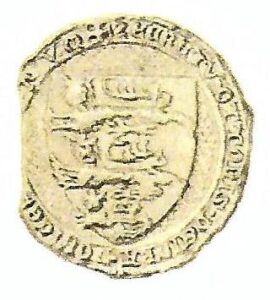 Otto was the older brother of king Valdemar IV Atterdag (1340–1375), who eventually sold Estonia to the Teutonic Order in 1346. In Danish history writing, Prince Otto was known for having attempted to claim the Danish throne after the death of his father Christopher II (1320–1326 and 1329–1332), but was defeated in a battle against the forces of the counts of Holstein, who at the time had the entirety of Denmark as a pawn. He was taken prisoner and thrown into the dungeon of Segeberg castle in Holstein. 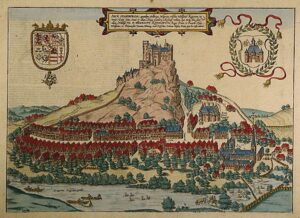 The castle of Segeberg, ca. 1580. From Braun and Hogenberg’s Civitates Orbis Terrarvm

He only emerged from there seven years later, in 1341, after his younger brother Valdemar had become king. The story then goes that Otto was send off to join the Teutonic Order as part of deal regarding the sale of Estonia. This was done, because Otto apparently had become mad as a result of his long imprisonment, and the Order would take care of him. Most Danish histories then claim, that he disappeared from the historical records and we do not know what happened with him.

At this point, Mihkel interrupted me and said rather surprised: “But we have some records of Otto’s activities in Estonia”. I was both startled and then intrigued. Could we actually change an iota in the long established story of Otto? When I then went to Estonia in December, we dug up various source publications and I started reading. In Johan Renner’s Livonian Chronicle, we found traces of Otto – here it is stated that Otto had be imprisoned for ten, not seven years, and afterwards became of knight of the Teutonic Order. He entered the Teutonic Order in Riga and later became the bailiff (Vogt) of the important castle of Karkus (Estonian: Karksi) in southern Estonia responsible for the administration and defence of the surrounding area. This was highly interesting – but how to explain the discrepancies from the established Danish record?

In order to do so, I had to check with the Danish sources after I got back to Denmark. It turned out, that it was actually possible to make the pieces of the puzzle fit, but this version of the story showed Otto’s brother Valdemar to be quite a scrupulous and cold-hearted character. Given Valdemar’s later track record which involved deceit, blackmail and even assassination to reach his political goals, one should however not be entirely surprised. It seems that Valdemar was responsible for the continued imprisonment of Otto even after he was released from the dungeon of Segeberg castle, where he had been held for seven years. The chronicle writer Detmar, who wrote in Lübeck, stated that Otto in 1341 was transferred to lord Johan of Werle, who was a relative of both the Kings of Denmark and the Count of Holstein. The imprisonment was now less harsh, but Otto was still in custody.

Valdemar must then have made Otto an offer – either renounce your rights to the throne and join the Order or stay in custody for the rest of your life. Otto does not seem to have had much of a choice, if he ever wanted to get out of prison. He must eventually have complied, for in 1346 Valdemar claimed that his brother had expressed the wish to enter the Order, and in doing so, Otto wanted to transfer the Duchy to the Order as a gift. This at least was, what was told to the pope, so he would not object to the transfer of the Duchy. 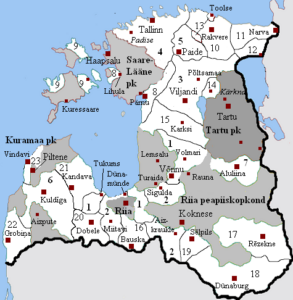 Medieval Livonia. Karkus castle can be found at number 15

A deal was struck, the Duchy was transferred to the Teutonic Order (and Valdemar got the neat sum of 13.000 marks of silver in return), while Otto entered the Order. An extra benefit for Valdemar was that as a Teutonic Knight, Otto had to live like a monk and thus could not father children, that one day could come and lay claims on the Danish throne. It seems that Valdemar also was responsible for spreading the rumour that Otto had gone mad in prison – for who would want a mad man as king, even though as the elder brother Otto had had better claims to the Danish throne than Valdemar. That this story of Otto’s madness was a deliberate rumour and not based on reality can be supported by the fact that the Order entrusted Otto with the important office of bailiff (Vogt) over Karkus castle in southern Estonia. A successor to Otto as the next bailiff (Vogt) of Karkus castle is only mentioned in 1374. So maybe Otto was around in Estonia for quite a while after 1346, even though he does not seem to have advanced to a higher position within the Order. 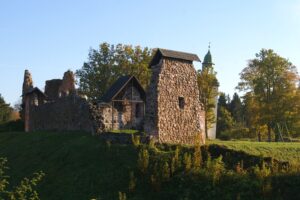 The ruins of Castle Karkus today. Photo by Oscar Susi, 2010

This story clearly illustrates how the collaboration between two historians from two countries and the pooling of source material and historical knowledge can lead to new and surprising results.